JOJOCOKE ONSTAGE: 00.30HRS Keeping the music real, jojocoke play what could be classed as the best of blues/rock with powerful vocals and high-energy presence, jojocoke stand out from the crowd

Keeping the music real, jojocoke play what could be classed as the best of blues/rock with powerful vocals and high-energy presence, jojocoke stand out from the crowd to always give you a night to remember.

With the current line up formed in late 2010, The Blackjack Blues Band hail from the confines of Scotland’s capital city, Edinburgh. The line up consists of Jonny Lawrie on vocals and harmonica (plus acoustic and electric guitar), Rick Lawrie on bass, Jonny and Rick have performed at many blues venues throughout the UK over the last 10 years or so. Keeping it in the family, brothers Paul & Simon Harmer complete the line up on lead guitar and drums respectively. The Harmer Boys have played in various acts over the years, Paul in Edinburgh outfit Garner while Simon raised hell in the Juke Joint Boogie Blues Band. Drawing on many influences from as diverse a path as contemporary artists such as The Hoax to the established Blues kings such as Muddy Waters, Freddie King and Sonny Boy Williamson. It sees the band at times paying homage to the much loved Surrey blues Delta of the 60’s and a nod to the chaps from the Oil City Island as well. 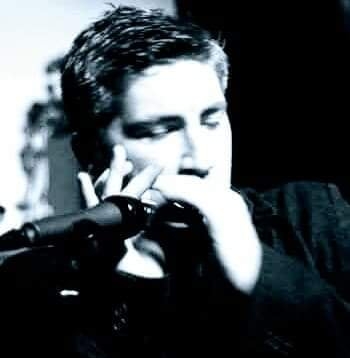 Since 2002, Rosy Blue has proved to be one of Scotland’s most popular and exciting blues bands. Led by Rosie Nimmo’s smouldering vocals and Stuart Allardyce’s stinging guitar work, the five piece put their unique spin on early blues through to rock, soul and modern classics as well as showing off their own accessible material. The band have regularly played at several Scottish festivals such as the Edinburgh and Glasgow Jazz and Blues festivals and the Dundee Blues Bonanza along with national events such as blues festivals at Maryport and Colme. As well as tearing up the place with infectious rock and boogie, Stuart and Rosie also have a side project (the Rosy Blue duo) which reveals their jazzier side showcasing swinging standards and intimate jazz re-arrangements of popular classics. The band are preparing to record their second album and are getting ready for a hectic summer of gigs and touring!

CARMIC, THE MIGHTY GRANDE, FREE PBH COMEDY FROM 11AM